... during the weekend, and not of the artistic kind. I decided to paint the bedroom. Just like that. So the best part of the weekend was spent doing that. I bought a gallon of Behr - Sandstone Cove and I painted anything that did not move! The cat looked at me with quizzical eyes - I disturbed his beauty sleep!
Before: 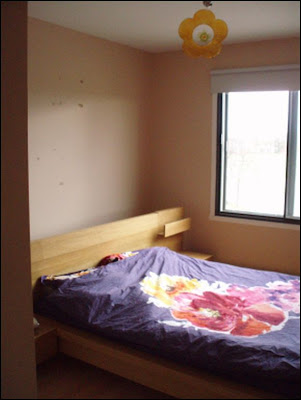 By the time I finished, it was dark already so I took the pic at night: 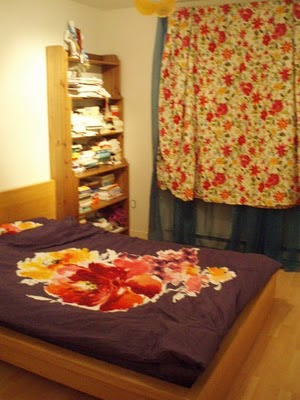 I also moved the bookcases in the bedroom and I will get rid of the nightstands. I don't know why I bought them in the first place when there are so many other alternatives that work better and are more interesting. The duvet cover hanging in the window is for testing purposes. I am contemplating repurposing it as a curtain and I am trying to get a fell of how it would look like before I do some irreparable damage.

After all this hard work, I decided to reward myself: That is a tiramisu and a set of three lined moleskines. They were on sale and I could not resist ...
The plastic container got a second life as a jewelry container: 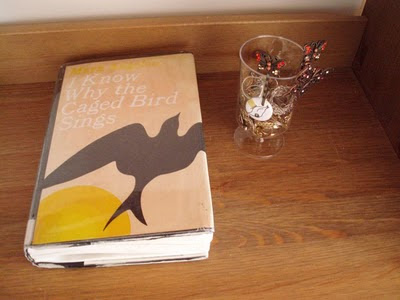 Not much at has been done this weekend ... but I suppose one cannot have everything in life right? I am pleased with how the color turned out in my bedroom and now I want to paint the office too!
Posted by Mona at 6:04:00 PM
Email ThisBlogThis!Share to TwitterShare to FacebookShare to Pinterest
Newer Post Older Post Home