After spending the morning kayaking on Lachine Canal, I attended this free event. The strangest thing I saw in a while. The show started at the Planetarium and continued all over downtown, ending in Place des Arts. Few hundred people invaded the streets, to the chagrin of many a driver, following the performers who run from place to place and "glued" themselves to empty spaces on building and streets. Here are the pics I took: 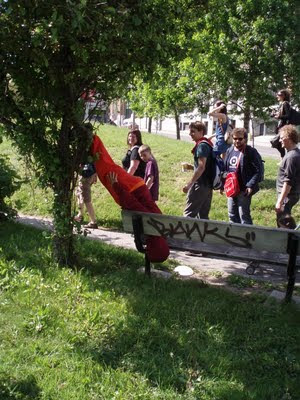 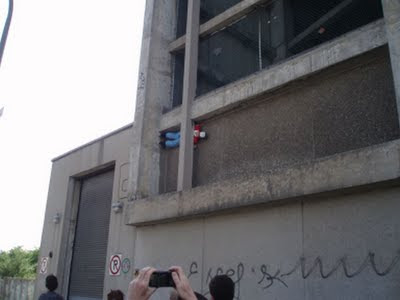 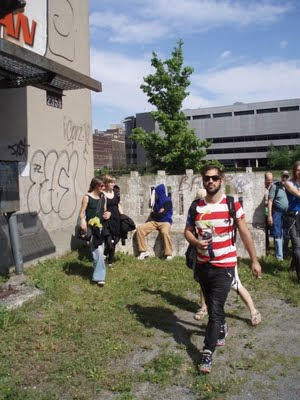 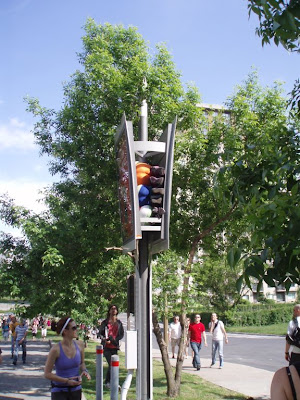 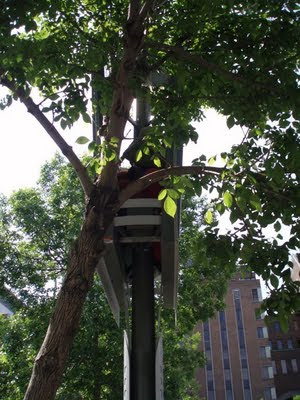 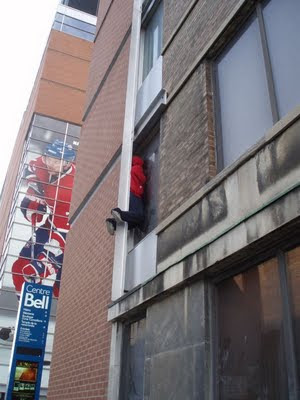 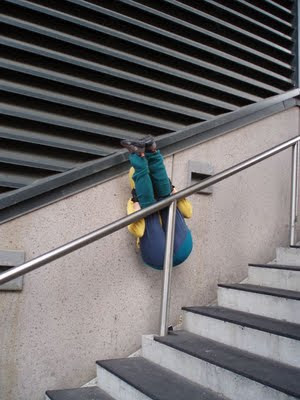 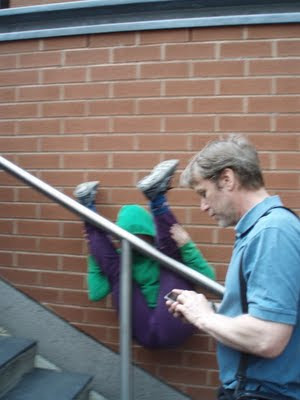 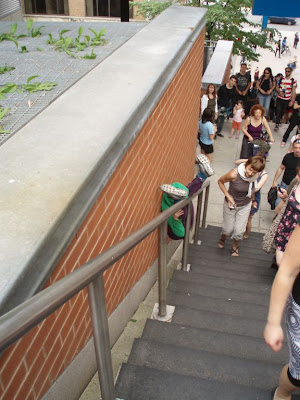 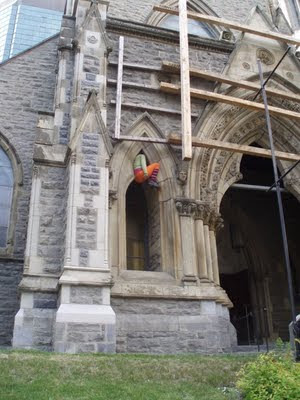 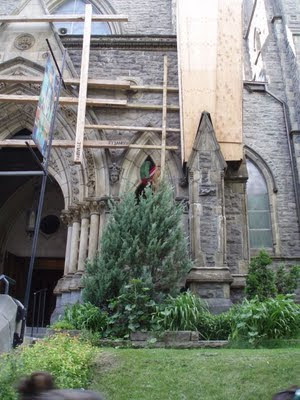 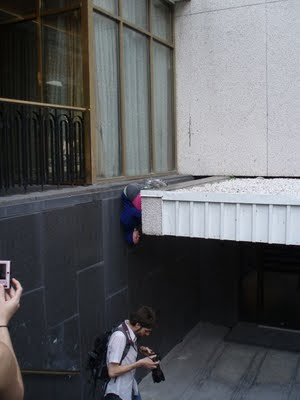 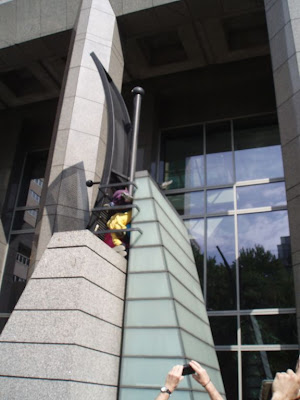 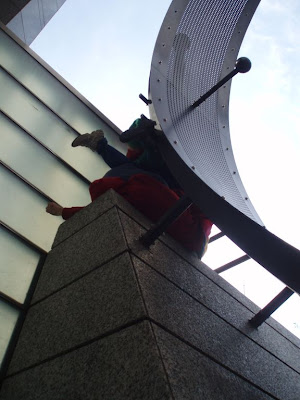 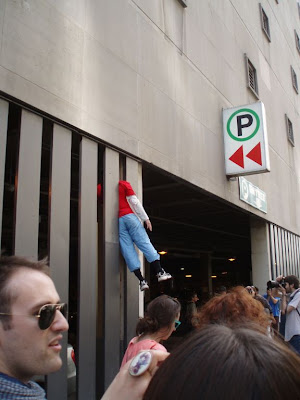 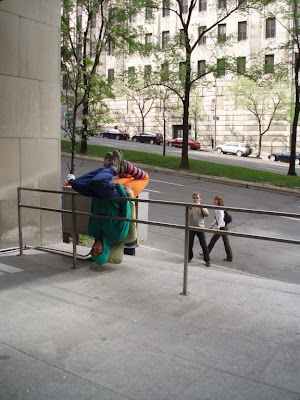 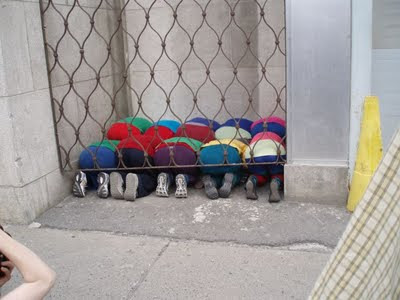 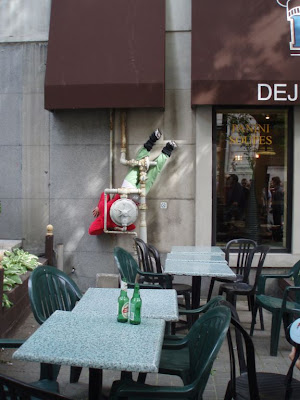 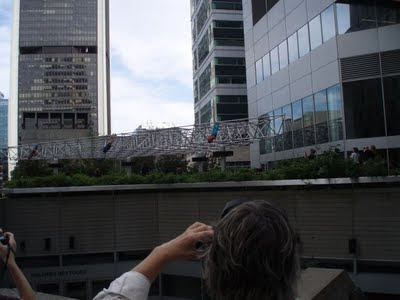 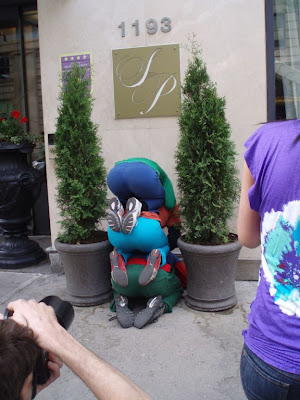 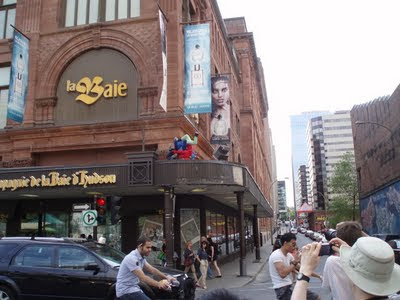 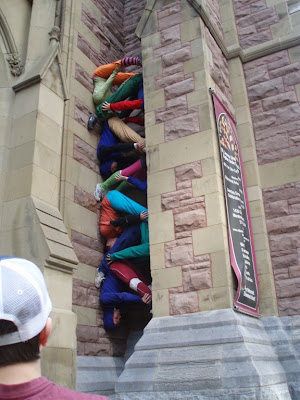 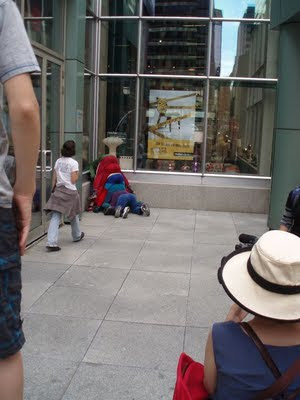 On the moving front, I am about half way with the packing... and there will be "victims". Stuff collected for various projects, paintings that I don't like, some that I like but that are bad anyway, assemblage pieces...will sadly have to go. Amazing how much junk there is around, and I purge at least once a year. I don't buy a lot of things, gizmos are against my religion. I don't even own a toaster... and still. I already brought bags of clothes to the Salvation Army and I suspect some more purging will happen at the destination.
Posted by Mona at 9:06:00 PM
Email ThisBlogThis!Share to TwitterShare to FacebookShare to Pinterest
Labels: projects
Newer Post Older Post Home