The last sketch of 2013 based on a photo from the Quick Sketch 2 course - Cathy Johnson. The exercise was about depicting architectural details. 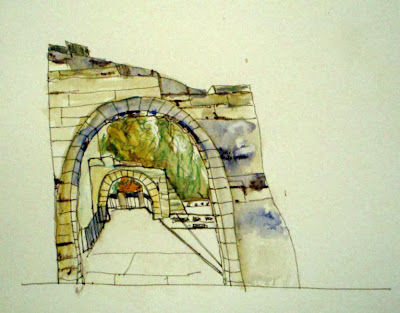 The first sketch of 2014 - faces from TV and the furry residents. 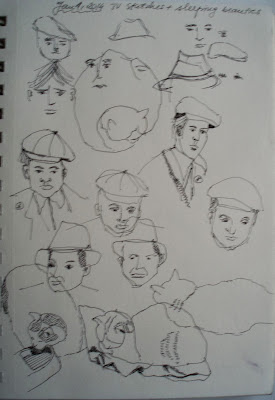 Any resemblance to characters - real or imaginary - is accidental :) The sketches were done while watching The Sting. Some of them are based on Robert Redford's character. Truth be told, I had to pause the movie to draw, it was too hard to draw while watching. I used Pilot Penmanship fountain pen delivered on the 30th.
I  must say I was pleasantly surprised with the line quality - very thin, just as I like it.

As for resolutions, I have none. I will do my best to draw more often. I know I have to sketch a lot more before I can see a significant improvement and in the past years I failed to do so...