One of the assignments in Liz's class was to sketch a roof line. I don't see interesting roof lines from my office window - only the flat, long roof of a school. At Christmas I was at my sister's and the roof line I could see from her house was more interesting. 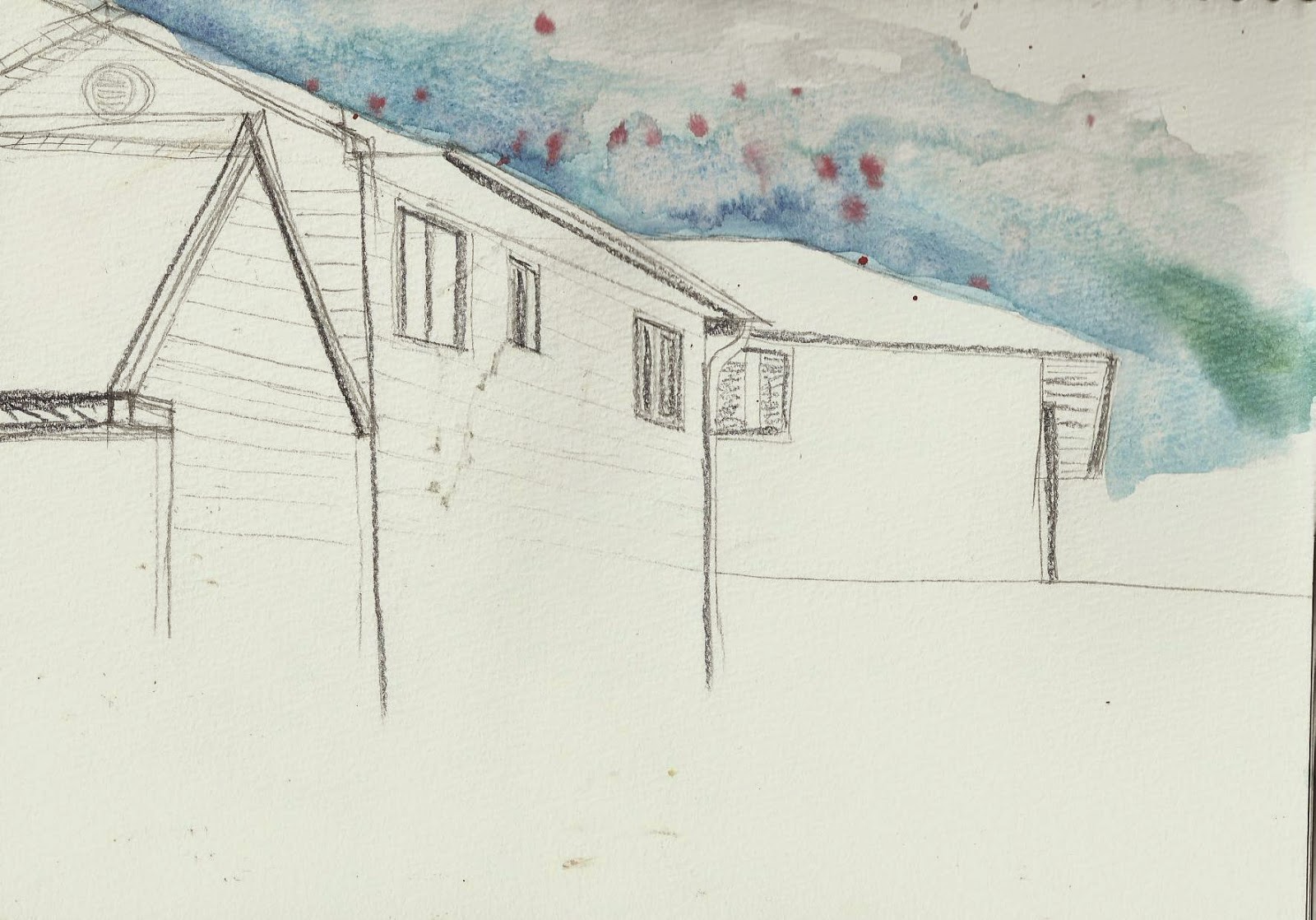 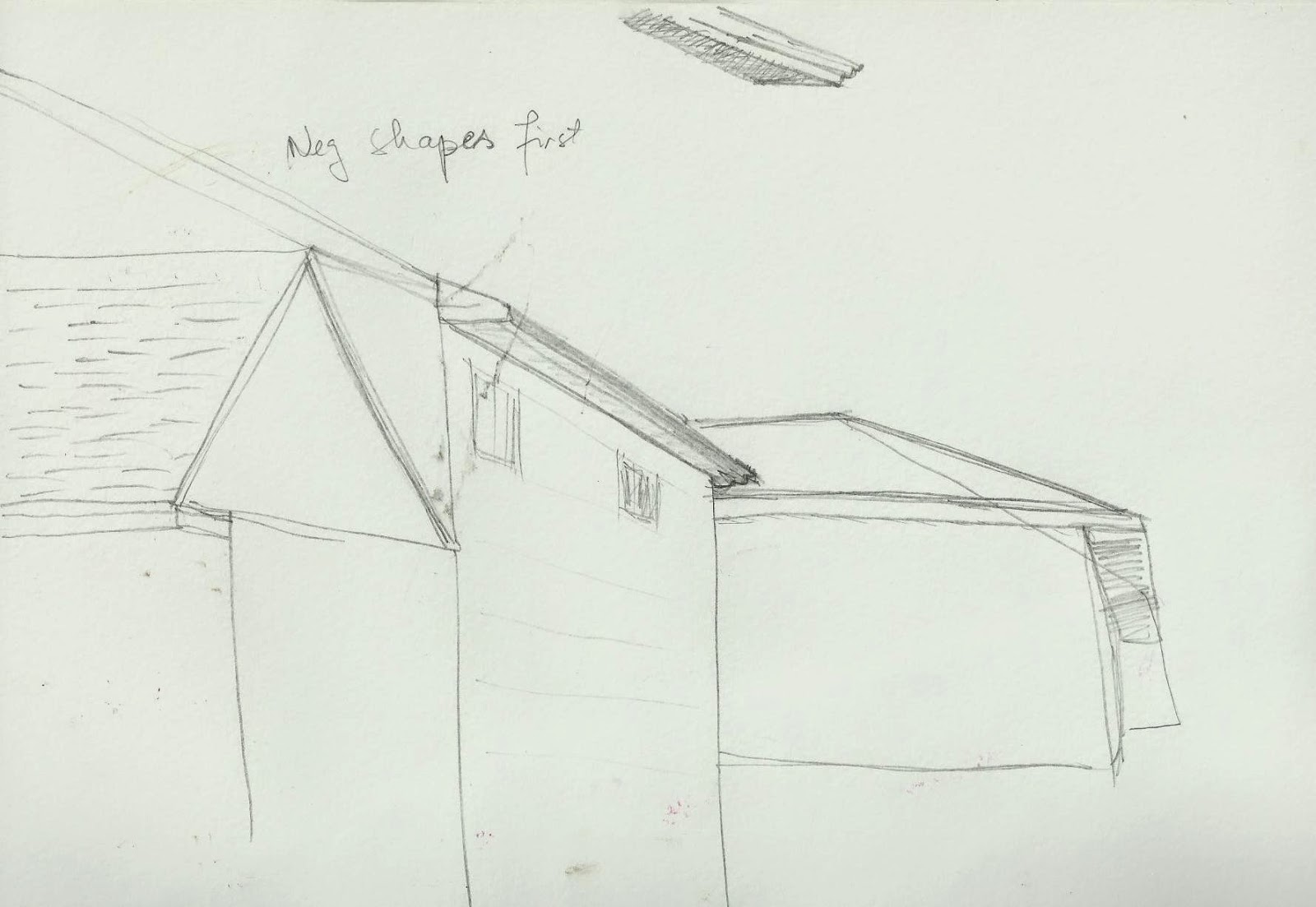 First I tried measuring more - it took forever. In the second one, I concentrated on the negative shapes - it was faster and I think it holds together.

Then I moved on the top floor and drew the same roof tops, but from higher up. 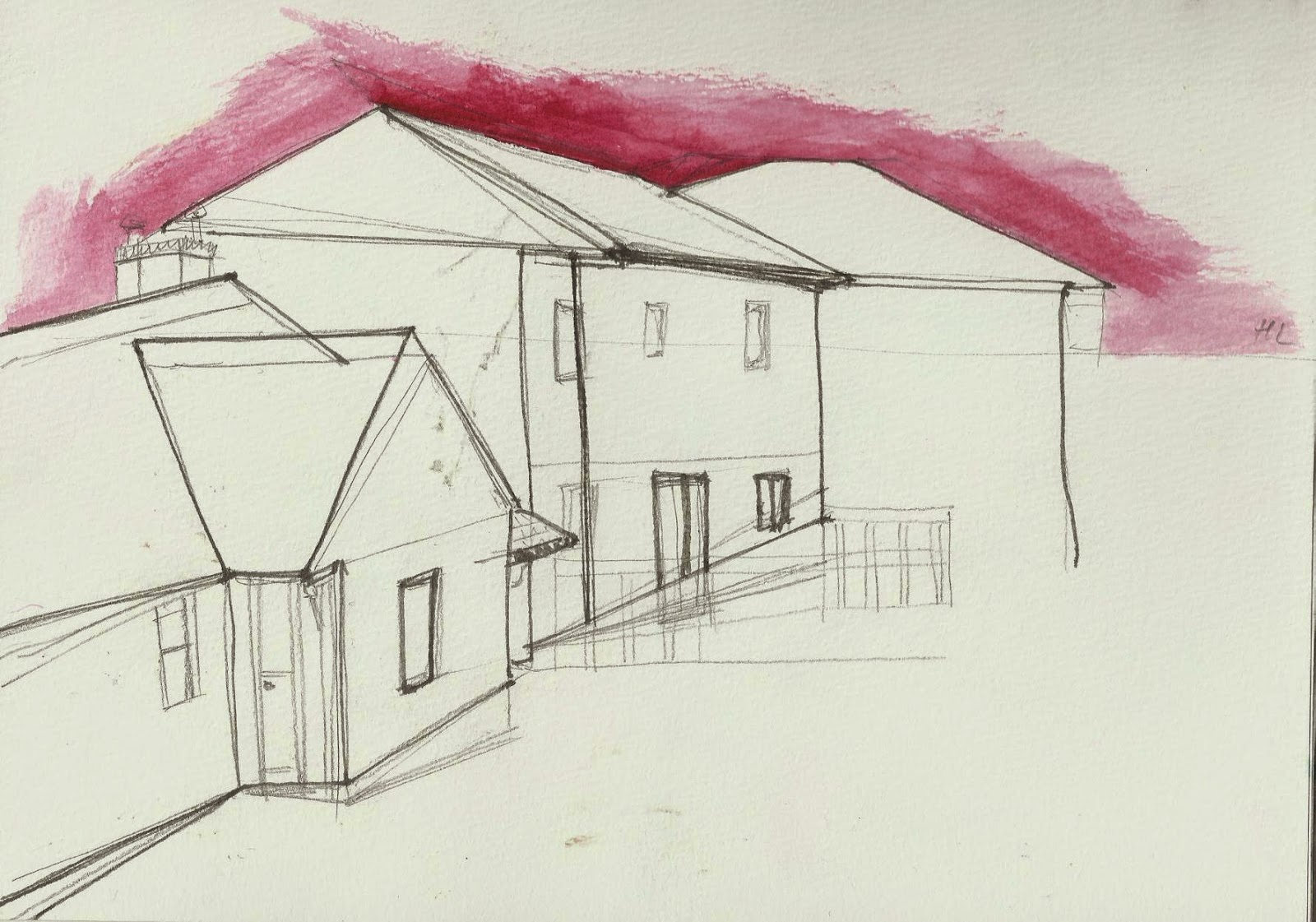 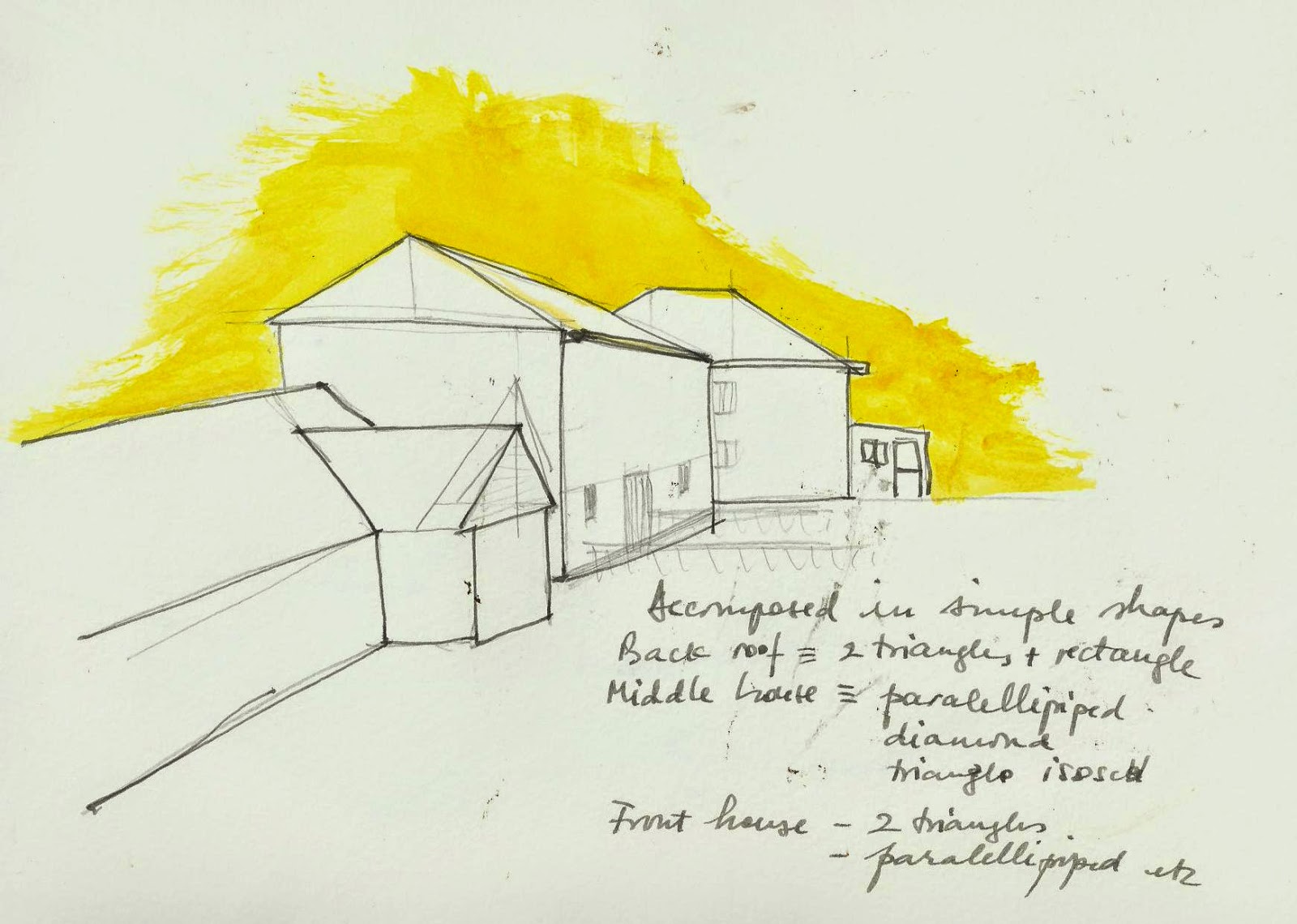 In the first one, I struggled terribly with measurements. In the second one, I tried decomposing the bigger shapes in smaller shapes - it was faster and not worse than the first one. I guess the lesson learned here is go after the shapes first. I also used a piece of clear plastic on which I drew the angle from observation, then transferred it to paper. It worked ok, except that when in the field it can be cumbersome.

I also did another variation of the book sketches from a previous lesson. 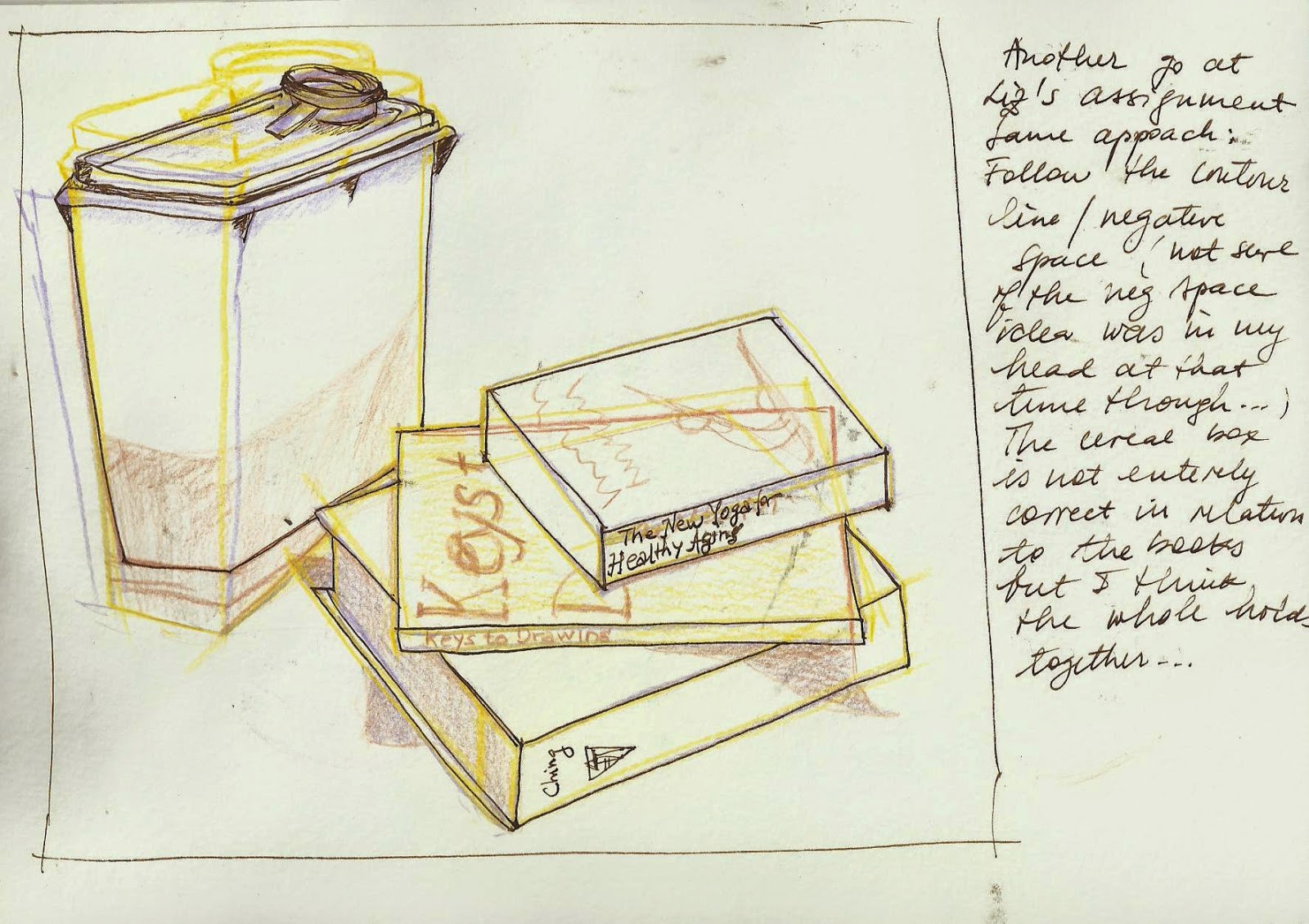