aka my sourdough starter: 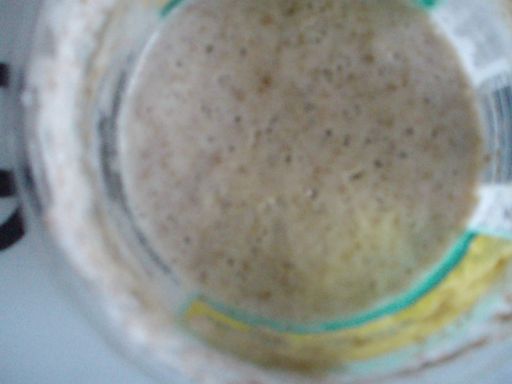 The story however started many years ago. Its seeds are to be found in my first days in Canada. I was used to the hearty pane casareccio in Italy. That is nowhere to be found here of course. And when does not have a lot of money and does not know the city, there aren't that many options. At that time, I used to go all the way from the Botanical Garden to Rachel and St Lawrence. There was a small portuguese bakery with a wood burning stove. Their loaves were 99c. I'd buy a few and freeze them.

Years passed. I started making my own bread. After all, it is only flour, water and yeast. I made my own concotions, without rhyme or reason. Basically, I replaced the white flour the recipe called for with whole wheat, added seeds and grains and voila. It was good, but nothing to write home about. I did this on and off for a while.

Fast forward to my trip to San Francisco almost 2 years ago. And the famous San Francisco sourdough. I came back with some dry starter. I frogot all about it until I cleaned up my pantry a couple of months ago. I decided the time has come to use it. I used my bread machine recipe for artisan bread. Oooouch. That was the worst bread ever made. No exageration. I made a bread pudding out of it. For the second attempt, I remembered I used to bake bread in the cast iron pot with the lid on. This is what I did and the reasult was a bit better. However, I could have successfully use the bread to knock off somebody. That's how hard it was.

By now, I had a huge bowl full of starter (the recipe to revice the dry grains called for three cups of water and three cups of flour) and no bread. Serious troubleshooting was needed.

I found a detailed recipe over at Chocolate & Zucchini and I tried it. Lo and behold, it woked out! 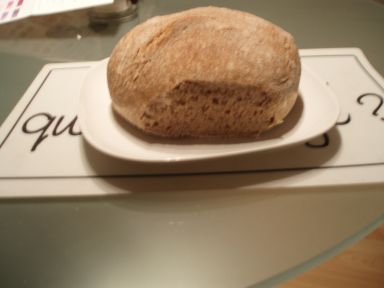 And that was only the beggining! I also discoverd The Bread Baker's Apprentice by Peter Reinhart.  And The Fresh Loaf. Since then, I tried the limpa bread, the cranberry-walnut bread, the stollen and the sicilian bred. Yummmm......