These are based on an exercise from One Drawing a Day. 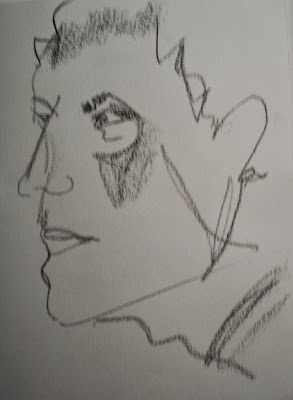 This is the example from the book. 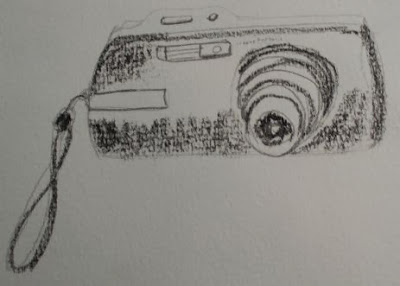 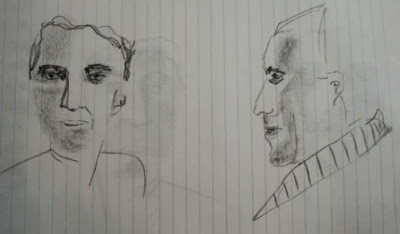 I selected these two faces because here I followed the steps from the book more closely. The idea was to start the sketch by blocking the big shapes, then adding the features. I kept starting with the features andI had to be really careful to start with the shapes. I decided to leave some of the contour lines out.

And because I was in a playful mood, I turned the last 2 sketches into this: 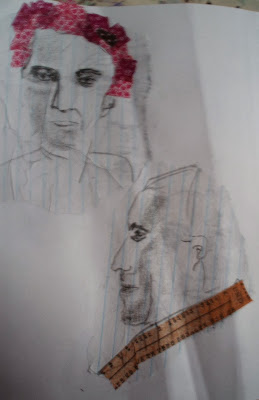 My first impulse was to throw them to the garbage, but then I decided to glue them down in the sketchbook. as a mean of recording progress. Hopefully there will be progress...
Posted by Mona at 7:22:00 PM
Email ThisBlogThis!Share to TwitterShare to FacebookShare to Pinterest
Labels: Sketches
Newer Post Older Post Home