... might become a theme. Only the future will show.

I was somewhat satisfied with the results of the session last week, I went back. This time, I brought the Canson 7x10 multimedia sketchbook and pens: Lamy safary EF with brown ink, Pilot Penmanship with whatever ink ships with, and Pentel Pocket Brush Pen. Watercolors too, but I was not planning to use them for the portrait session.

Five people showed up, so we each drew four faces. Nothing went as planned, of course. But am I even surprised?!

For the 3 min poses, I used the Lamy pen. Unsettling. I don;t knmow if I was reacting to the pen - sliding too fast on the page, did not like the marks - or to the fact that the sketches were horrible or both. Of course I blamed the pen... Discarded the sketches.

For the 20 min poses, I started with the Pilot penmanship. I kept 2 sketches of the same person. 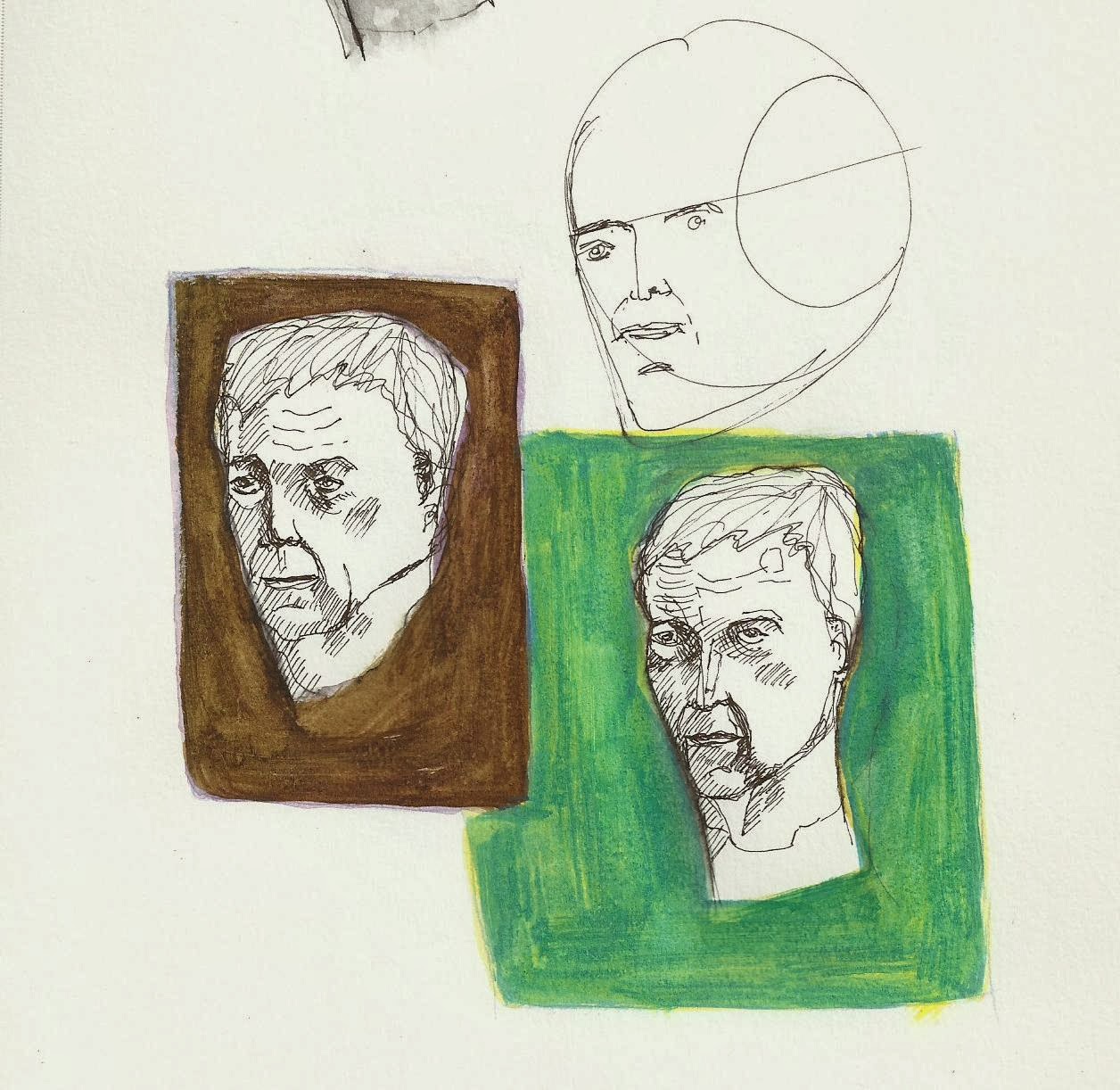 I prefer the one at the left. They turned out to be about 2x3!!! I tried to make them bigger, but somehow I ended up making these itsy-bitsy sketches. I can't stand small, yet I could not make myself make bigger marks.

The colored rectangles are just to make them stand out somewhat among the other sketches that are on the same page.

The ink is not waterproof, so at home I blended it. 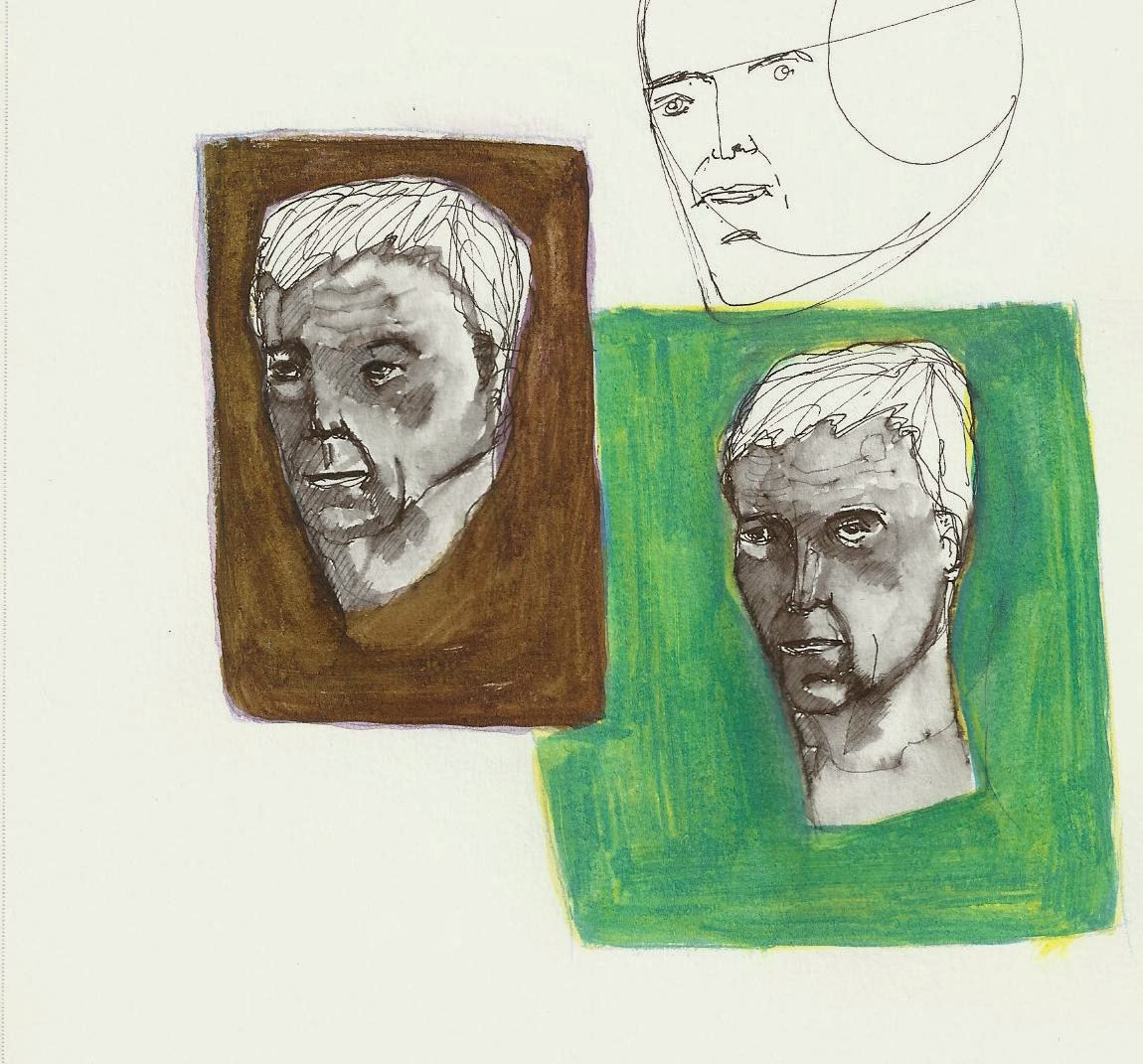 I still like the left one better, even if I have to correct his left eye a bit to make it more 3D. The light literally cut his face in two from the top left side of the forehead to the bottom of the left ear.

I tried to apply Loomis - but the result was very scary. I think the permanence of the pen took away the freedom of error. When I used pencil last week, it mattered less if the first layout of the face was wrong I could always erase or adjust. But with the pen, everything remains visible in spite of possible corrections.

For the second model, I used the same pen. Discarded the sketches. I of course attributed the result to the use of the pen and I switched for the Pentel Pocket Brush for the last two models. 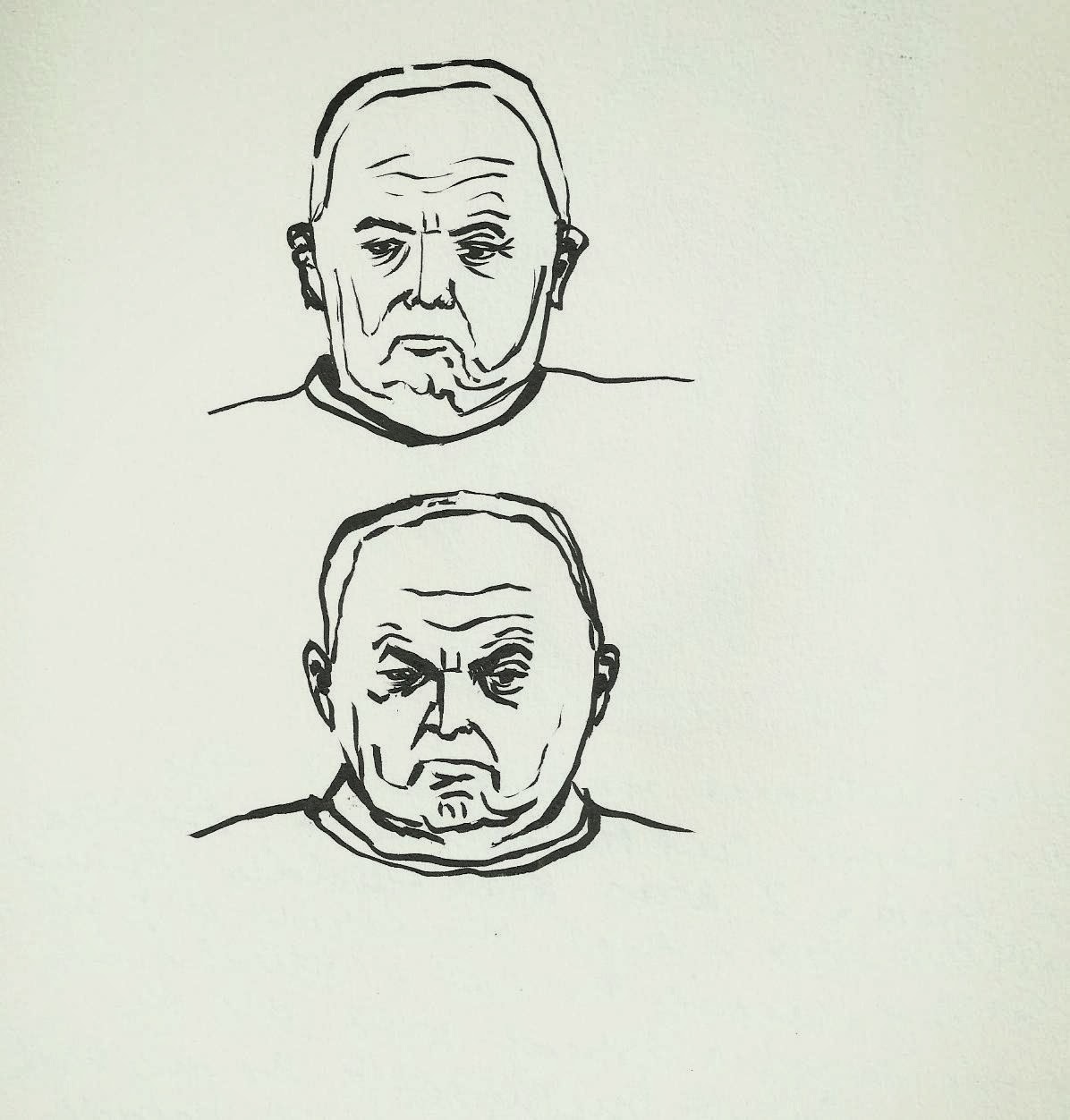 I prefer the top one. In the second one, I tried to reinforce the shadows around the eye sockets, but that gives him a mean air.

The session ended earlier than usual, so on the way out I stopped to sketch the costumes of the opera found the exhibition currently on display at the George Vanier Cultural Centre. I had time for one - and I worked fast. I went straight to watercolor, I did not want to be locked inside! 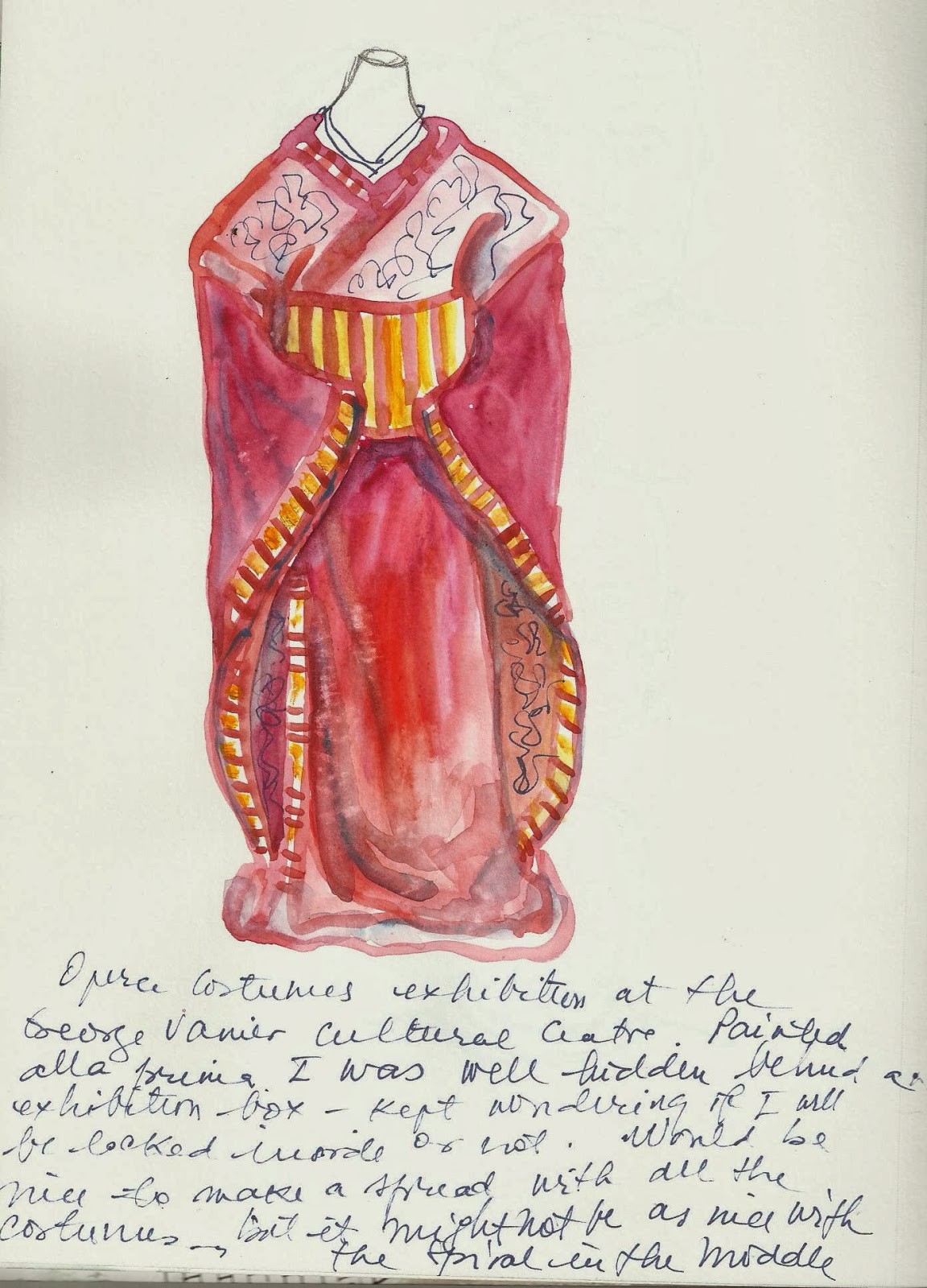 I am planning to go back and sketch the other costumes. I thought about having a spread with all of them the way they are displayed, but with a spiral bind I don't think it would look nice.

This is all folks... in case anybody is reading this.

Goals for next week: DRAW BIGGER! I will use the same pens and concentrate on varying the marks. I am also checking the web to see how other people do it, sometimes that can give ideas on how to approach different things (shadows for example).
Posted by Mona at 1:12:00 PM
Email ThisBlogThis!Share to TwitterShare to FacebookShare to Pinterest
Labels: Portrait Monday, portraits
Newer Post Older Post Home