.. aren't exactly a success, but in the end I am glad I went out and did something. I went for a walk on the canal and stopped at this old, decrepit silo of some kind. I liked the rust color on the metal, and a lot less all the greenery surrounding the building.

When I was almost done, I realized that the vertical wall at the right of the "whole" was used for climbing and there was actually somebody hanging onto the handles in  the wall. 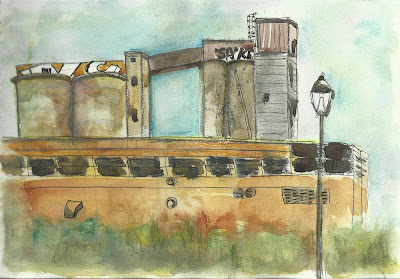 From the same place I had a view at the Five Roses flour silo - I made multiple attempts to capture this one, and I don't like any of them to be honest ... 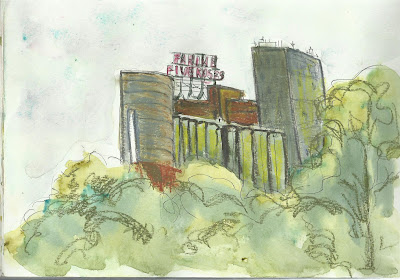 I did this one on location. 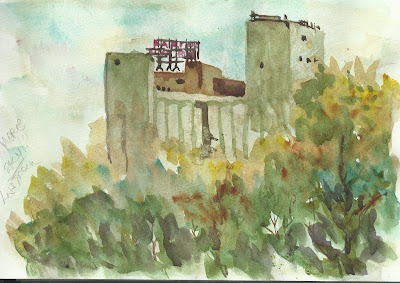 Here, I used only brush and painted the major shapes. 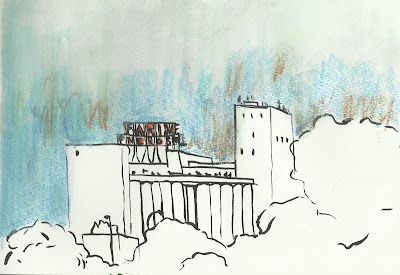 In the last one, I lowered the composition to have less greenery to battle with. I think I prefer this one, it has a bit of a psychedelic feel to it.

Then I went for a walk on Notre-Dame remembering that I saw once some nice street light fixture that i wanted to sketch. they happened to be at The Grinder - high end butcher shop that just opened few months ago next to the restaurant by the same name. In this case, I wanted to get the corner store with its window arrangement made of hanging meat pieces.

I struggled with the composition - among other things. 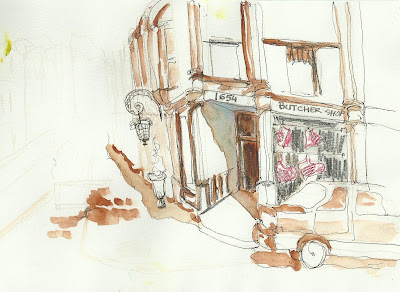 This version I did at home from the photo. I like this one much better - there is some life around the building. 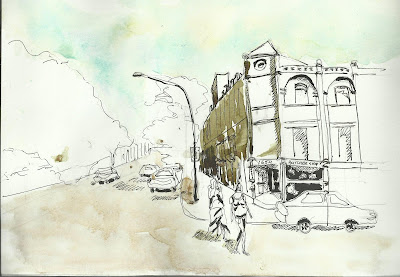 And after all this work, I had a coffee and a truffle at the market and sketched over a prepainted page. 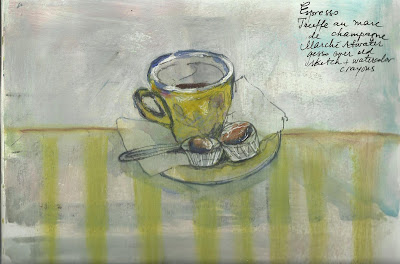