Spring is nowhere to be seen...so I am using photo references to draw. I usually draw myself - obvious reason: always available. But I decided to stop doing that because I realized I unconsciously transfer my features to other faces. I have a picture taken in Utah of my friend and I used it.
First attempt: 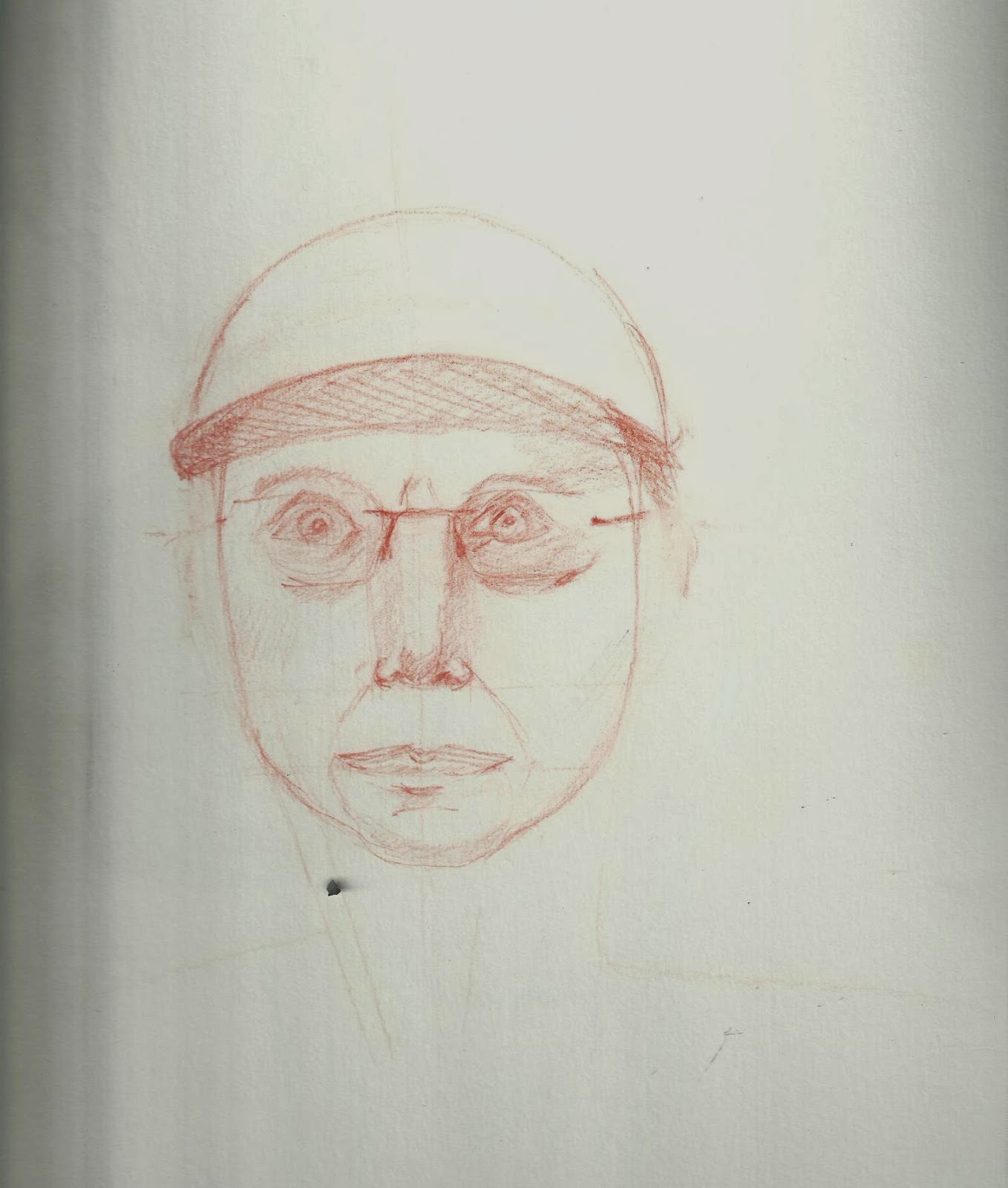 I could not believe  the result, I think if I would see this by mistake before going to bed I'd have nightmares.
So I tried again: 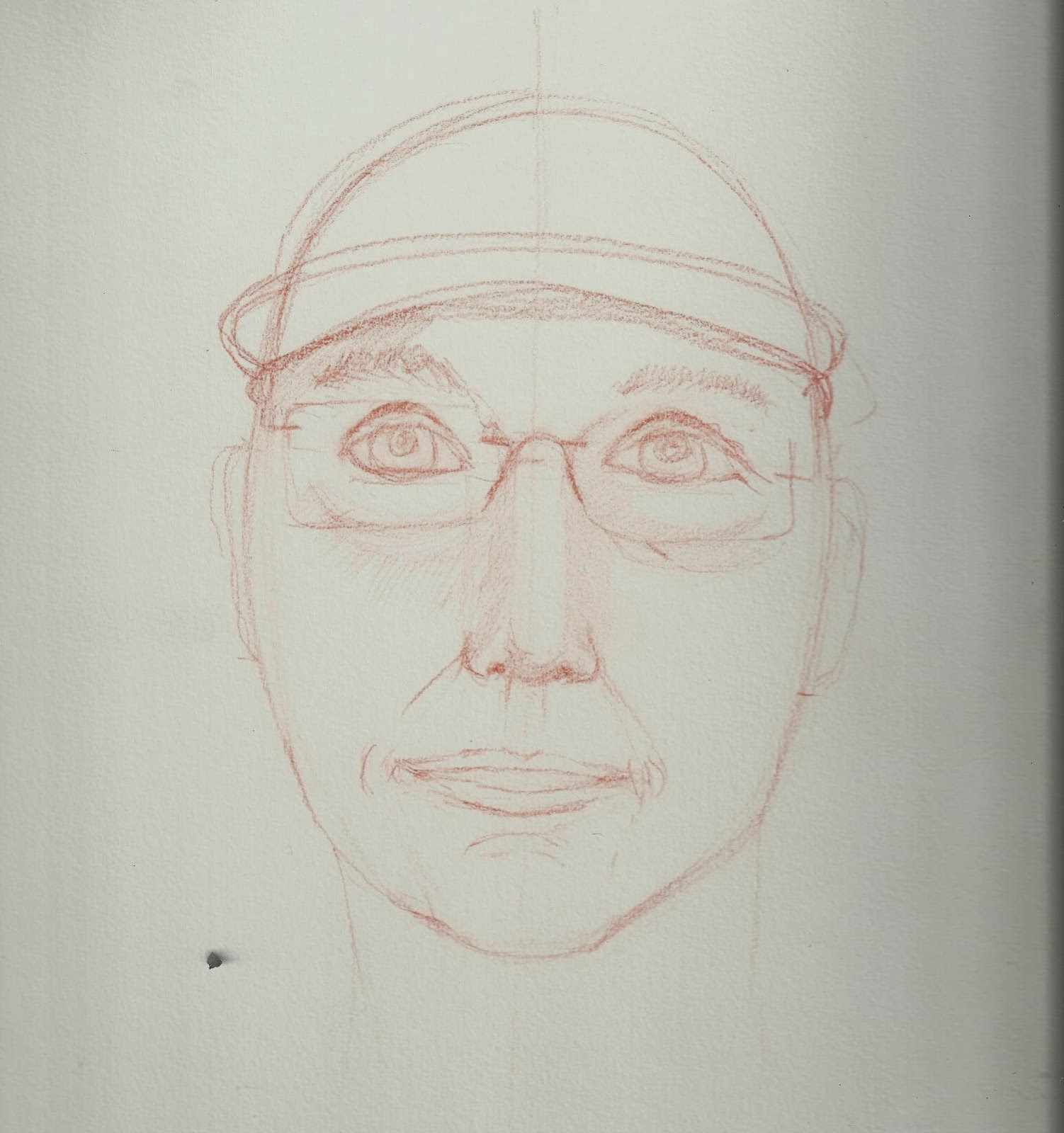 OhMyGod!!! What's with those eyes??!! I pulled out Loomis's book and also checked the videos on proko.com. This is third trial: 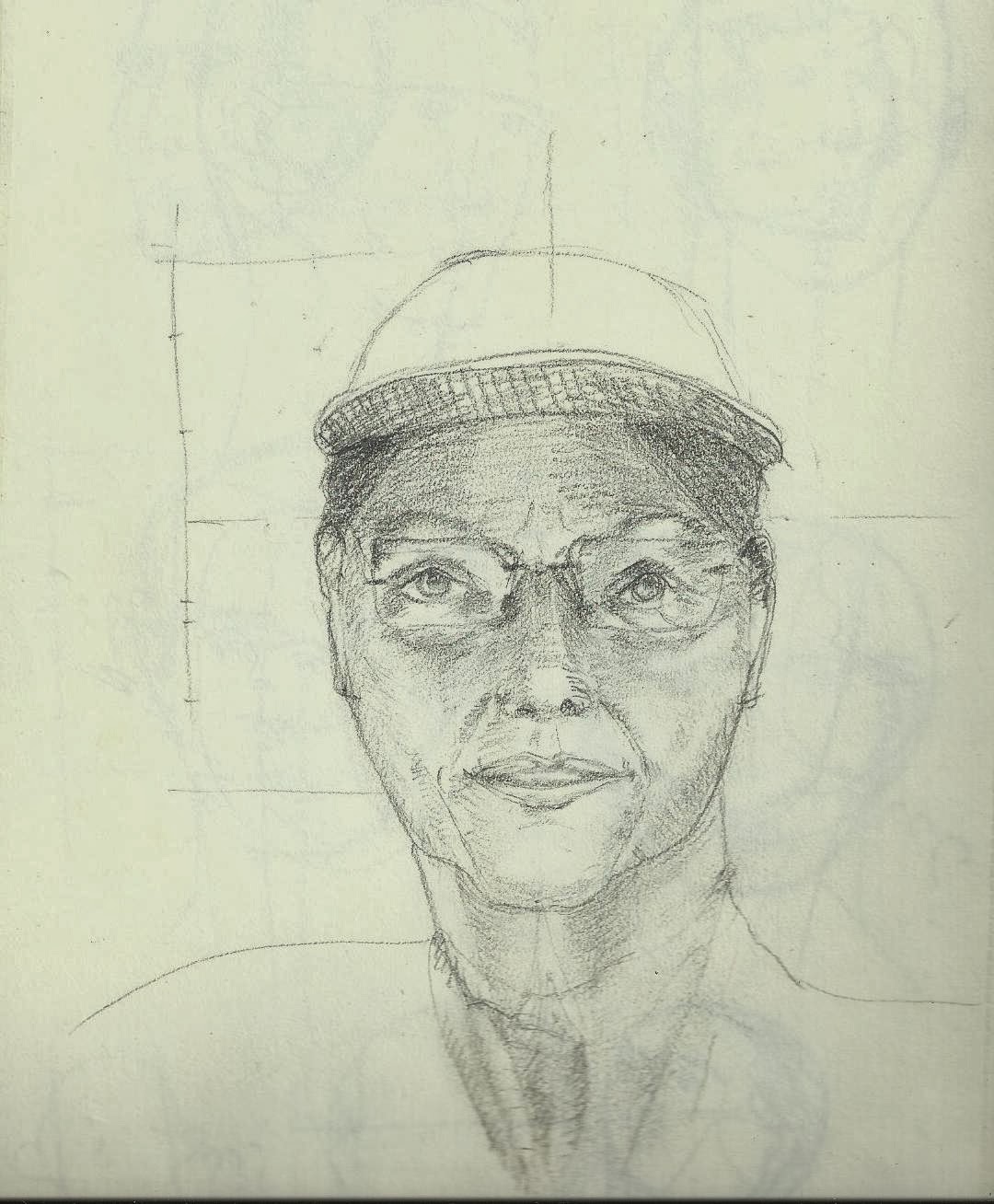 At least this one looks more human. There is one major problem though - it does not look like my friend at all. Not even 5% like the sketches made Monday.

I think the problem is with the angles. The only time I was able to draw a face that resembled the original was when I scrupulously paid attention to the angles. This is the next step - redo the sketch, apply Loomis to find the placement of the features and then pay attention to the angles. I enlarged the pic on my computer, hopefully that will help. This will definitely be the topic of practice for the next few weeks at the portrait meeting.
Posted by Mona at 4:20:00 PM
Email ThisBlogThis!Share to TwitterShare to FacebookShare to Pinterest
Labels: experiments
Newer Post Older Post Home